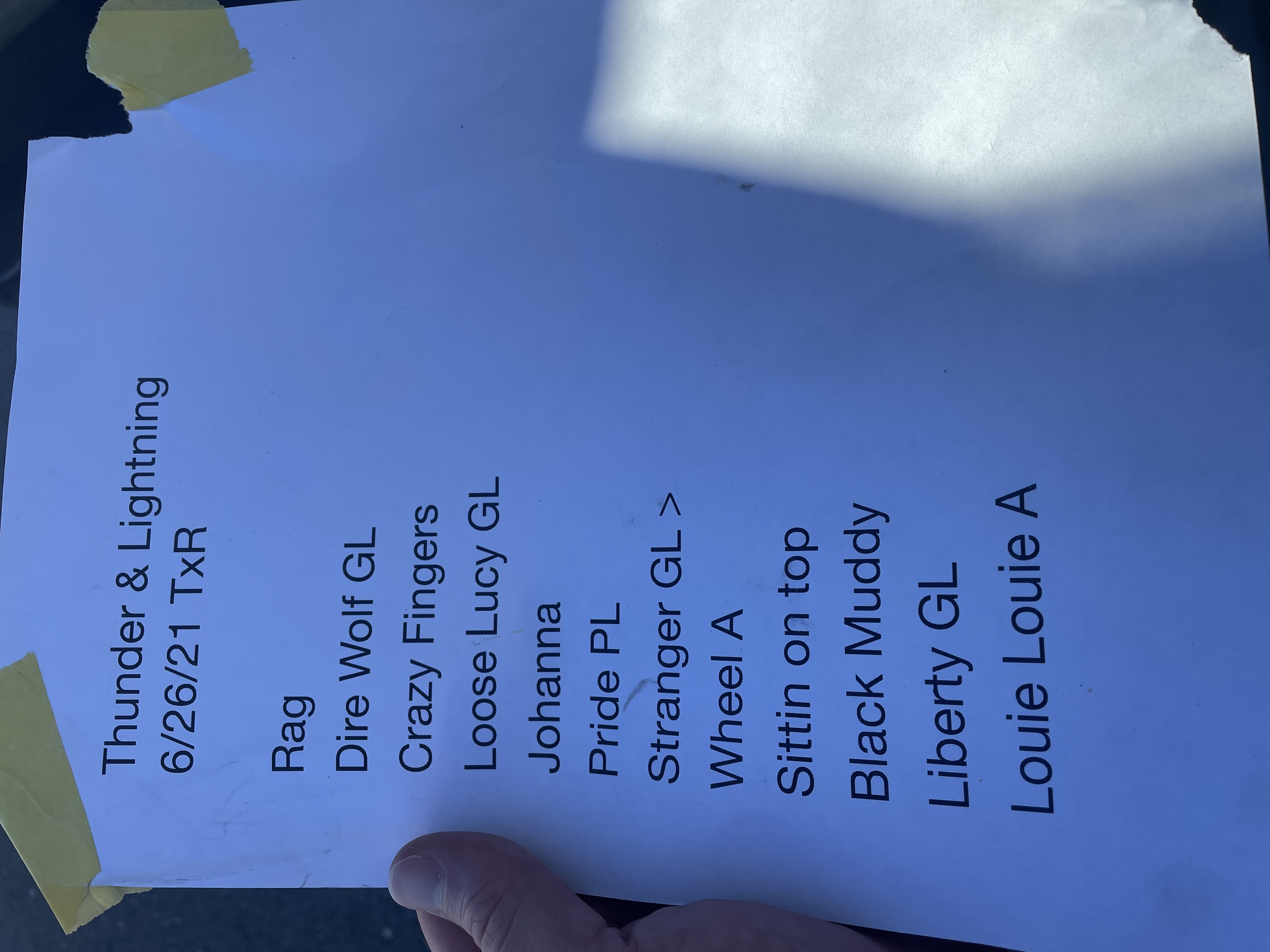 Phil Lesh & Friends
Lineup: Phil Lesh, Stu Allen, Grahame Lesh, Jason Crosby & Jay Lane
"Thunder and Lightening" Day 1 of 2
2021-06-26
Terrapin Crossroads
San Rafael, CA
Taoer: TJ (http://ratm.live)
Lineage: PCM-A10 (built in mics) > WAV > Audacity > FLAC
Location Notes: First three songs recorded center left-ish (somewhat quiet), remainder of set 20 feet from the left stage speaker.
Length: 2:15:00
Setlist:
1. Doin' That Rag *
2. Dire Wolf *
3. Crazy Fingers *
4. Loose Lucy *
5. Visions of Johanna **
6. Pride of Cucamonga *
7. Feels like a Stranger *
8. The Wheel ***
9. Sitting on Top of the World ****
10. Black Muddy River *
11. Liberty ****
12. Louie Louie ******
* Grateful Dead Cover
** Bob Dylan Cover
*** Jerry Garcia Cover
**** Mississippi Sheiks cover
***** Robert Hunter cover
***** Richard Berry Cover
My first concert back in over a year in a half!
Felt good to be treated to a show at the Crossroads - really missed the performances there.
Since this was my first show back in a long, long time I just went with the built in mics and had fun with it.
There is some wind and audience chatter throughout, most noticeably between songs.
I was also juggling the recorder and a beer, so there is some slight shifting but nothing major.
Very pleased with the internal PCM-A10 mics!
I run http://ratm.live, which is an attempt to archive all known recordings of Rage Against the Machine, which is very much opposite the Dead.
If anyone has any Rage recordings, please get in touch!